Growth hormone is produced by the anterior pituitary gland. It is responsible for stimulating cell reproduction and the growth of organs, muscles, bones and height. It stimulates the release of insulin-like growth factor 1 (IGF-1) by the liver, which is also important in promoting growth in children and adolescents. 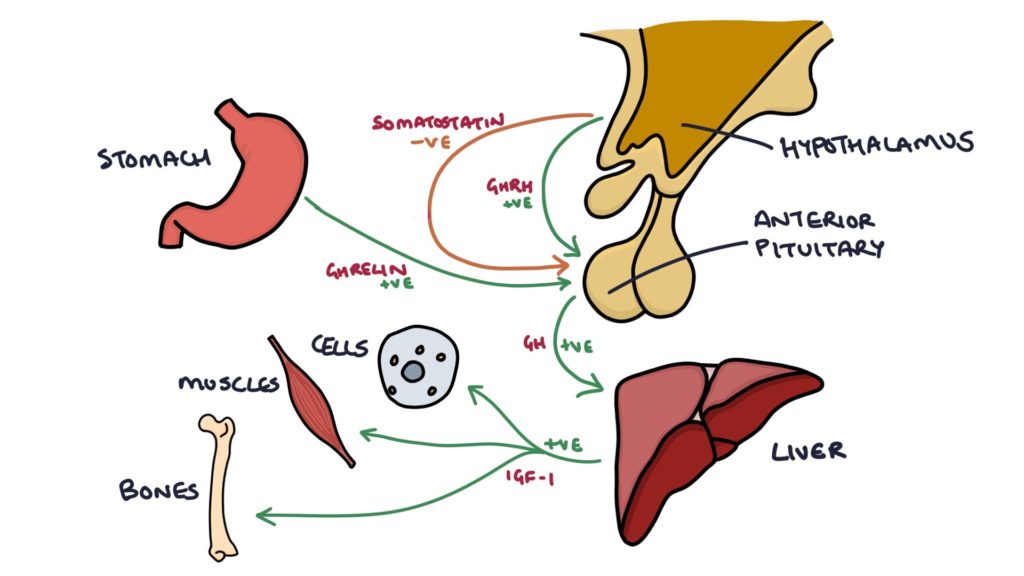 Acquired growth hormone deficiency can be secondary to infection, trauma or interventions such as surgery.

Growth hormone deficiency may present at birth or in neonates with:

Older infants and children can present with:

Investigation, diagnosis and management will be made by specialists in paediatric endocrinology.

Children with growth hormone deficiency will be managed and followed up by a paediatric endocrinologist.