A ventricular septal defect (VSD) is a congenital hole in the septum (wall) between the two ventricles. This can vary in size from tiny to the entire septum, forming one large ventricle. VSDs can occur in isolation, however there is often an underlying genetic condition and they are commonly associated with Down’s Syndrome and Turner’s Syndrome.

Due to the increased pressure in the left ventricle compared to the right, blood typically flows from left the right through the hole. Blood is still flowing around the lungs before entering the rest of the body, therefore they remain acyanotic (not cyanotic) because their blood is properly oxygenated. A left to right shunt leads to right sided overload, right heart failure and increased flow into the pulmonary vessels.

The extra blood flowing through the right ventricle increases the pressure in the pulmonary vessels over time, causing pulmonary hypertension. If this continues, the pressure in the right side of the heart may become greater than the left, resulting in the blood being shunted from right to left and avoiding the lungs. When this happens the patient will become cyanotic because blood is bypassing the lungs. This is called Eisenmenger Syndrome. 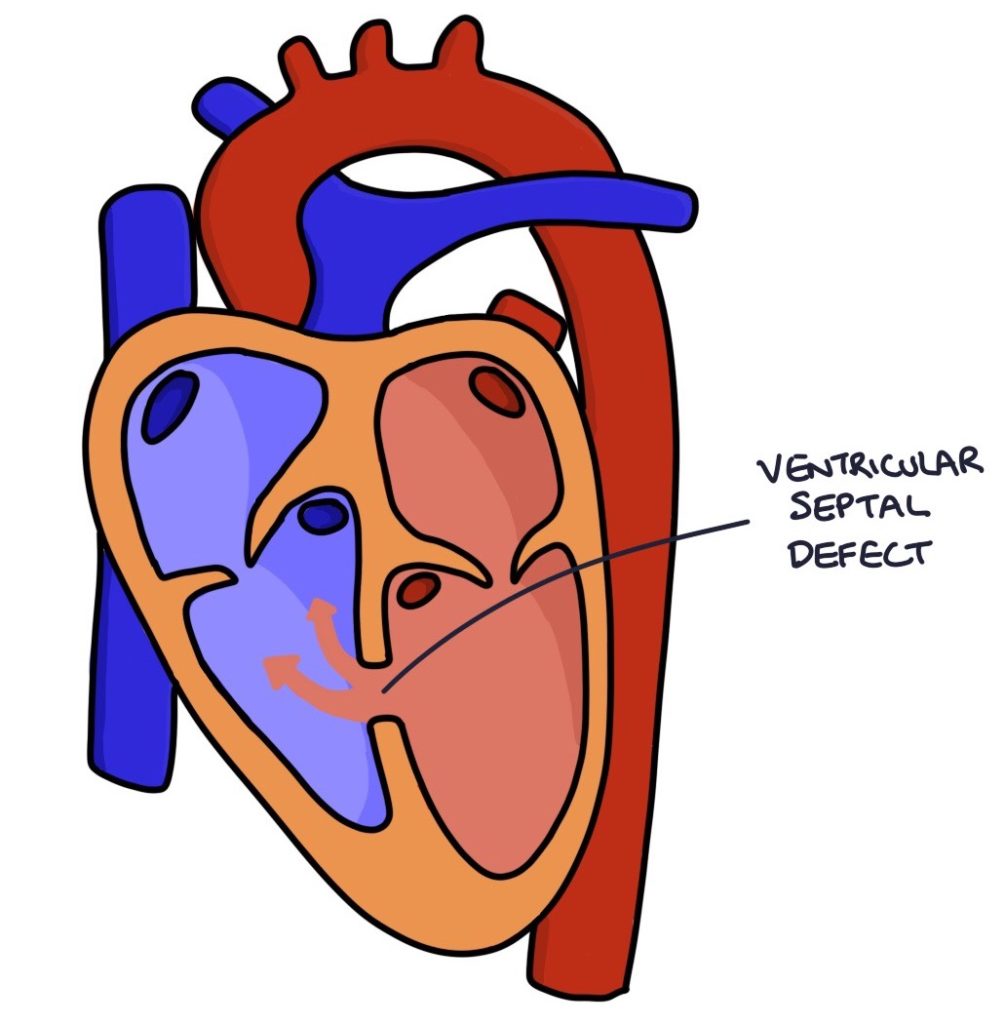 Often VSDs are initially symptomless and patients can present as late as adulthood. They may be picked up on antenatal scans or when a murmur is heard during the newborn baby check.

Patients with a VSD typically have a pan-systolic murmur more prominently heard at the left lower sternal border in the third and fourth intercostal spaces. There may be a systolic thrill on palpation.

Treatment should be coordinated by a paediatric cardiologist. Small VSDs with no symptoms or evidence of pulmonary hypertension or heart failure can be watched over time. Often they close spontaneously.

VSDs can be corrected surgically using a transvenous catheter closure via the femoral vein or open heart surgery.